Figgy pudding is a traditional English Christmas dessert made from suet, dried fruit, and spices. It’s typically served as a raisin (or currant) or rice pudding although it can also be eaten on its own with sugar to taste. What makes figgy pudding so special?

Figgy pudding is a traditional British Christmas pudding. It’s made with dried fruit, candied peel, raisins, and sugar. The name comes from the word “fig”, which refers to the figs that are traditionally used in this recipe. A figgy pudding can be served as a dessert or a breakfast dish. 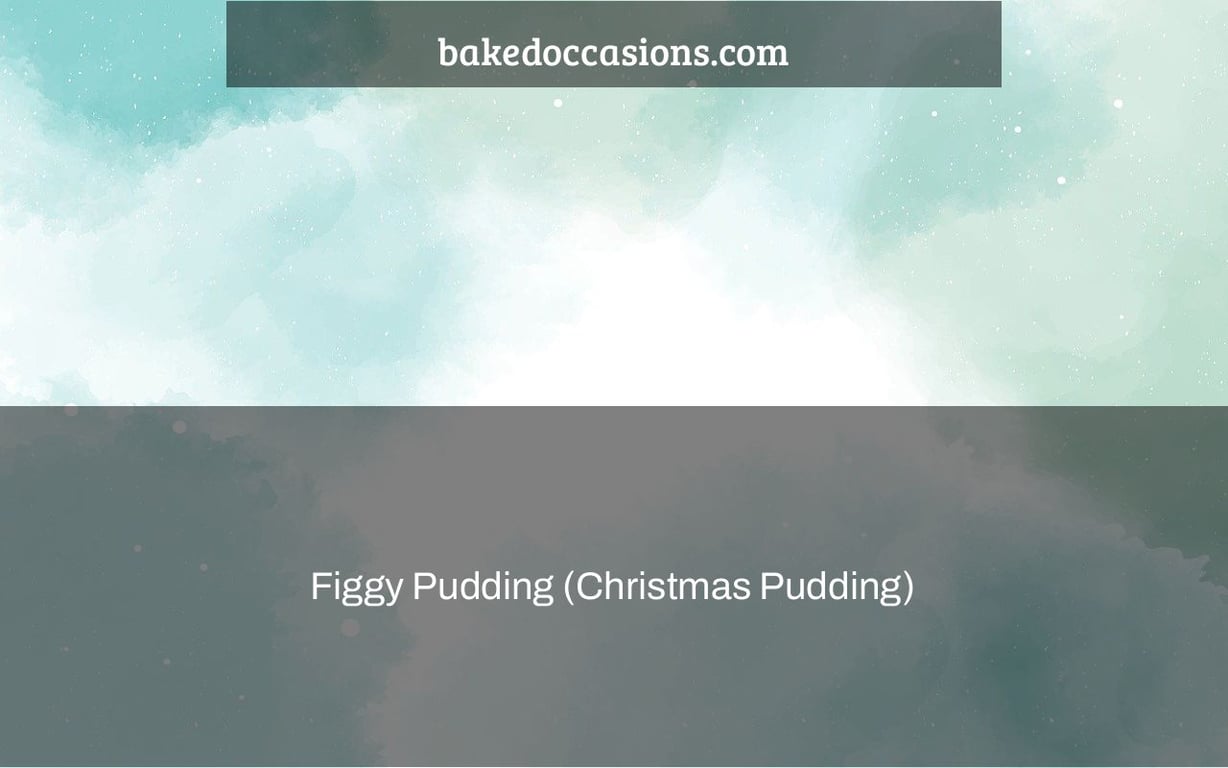 Figgy pudding is a Christmas treat that has been passed down through generations. This rich, thick, moist dish, also known as Christmas pudding, is very excellent because to the fantastic range of ingredients used to produce it.

Christmas pudding is a wonderful, traditional dessert that is well worth the effort. You can’t go wrong with a classic figgy pudding if you want to amaze your loved ones with a gorgeous, tasty delicacy!

So, what exactly is Figgy Pudding?

Even if you’ve never had figgy pudding, the carol “We Wish You a Merry Christmas” has almost certainly made you aware of it. Christmas pudding and plum pudding are two names for this delicious dish.

Figgy pudding is a typical English steamed delicacy that has a cake-like consistency. It’s produced using a variety of fruits, spices, flour, breadcrumbs, and suet, which is a sort of cow fat.

Christmas pudding has been around since the 14th century. Figgy pudding was created with figs, wine, nuts, fruit, and honey and had a porridge-like consistency back then. The recipe evolved through time to become the steamed pudding we know and love today. All dried fruit was referred to as plums by Victorians, thus the term plum pudding.

The variety of delectable ingredients that go into preparing Christmas pudding give it such a lovely taste.

Raisins, golden raisins, currants, and candied citrus peel are required, as are warming spices such as nutmeg, cinnamon, and allspice.

The apple, molasses, and brown sugar give the pudding its sweetness, while the almonds offer a nice crunch.

Because brandy is a preservative, using it in your figgy pudding recipe is a good idea!

It is really fairly simple to make Christmas pudding from scratch, although it does take some time. In a large mixing bowl, combine the raisins, golden raisins, currants, almonds, and candied lemon and orange peels. Stir in the brandy, then cover and let aside overnight. This will enable the brandy to impart its beautiful taste to the fruit.

After soaking the fruit in the brandy overnight, mix together the flour, breadcrumbs, sugar, and spices in a separate bowl until thoroughly incorporated. Combine the brandy fruit combination, apple, molasses, suet, citrus zest, and egg in a third bowl. Combine the dry ingredients with the fruit mixture and let aside for a few minutes.

Make careful to generously grease your pudding form with butter — you don’t want your pudding to cling to the mold! Fill the mold halfway with batter. To fit the bottom of the pudding mold, cut out a circle of parchment paper. Place it over the batter after brushing it with butter. Wrap two big sheets of parchment paper around the mold, covering it completely and extending down the edge. Butcher’s string is used to tie the knot.

Bring a saucepan of water to a boil, then reduce to a low heat. In the pot, place a trivet. Place the trivet on top of the pudding mold. The water level in the mold should be about halfway up the mold. Cook for 8 hours on low heat with the cover on the pot. Throughout the 8-hour period, keep an eye on the water level. You’ll need to replenish it with water from time to time.

Remove the pudding from the saucepan and set it aside. Allow for 5 minutes before inverting onto a platter. Allow for thorough cooling of the pudding. After that, toss out the parchment paper and rewrap the pudding in fresh parchment, then foil. Place the pudding in a cold, dark, and dry location until the day before Christmas.

Is it Possible to Prepare Christmas Pudding Ahead of Time?

Absolutely! Figgy pudding was historically cooked a few weeks before Christmas, during the first week of November. Making the pudding ahead of time allows the flavors to meld and become more intense.

Brandy is utilized in Christmas pudding recipes for more than just taste. Brandy also aids in the preservation of the pudding, which was necessary given how long ahead of Christmas the dish was prepared. However, the brandy may be omitted. If you don’t want to use brandy in your figgy pudding, prepare it a few days ahead of time and keep it in the fridge.

Make your own candied orange and lemon peels for the greatest taste. They’re a lot better than store-bought ones!

The darker your pudding is, the longer you steam it.

What Is the Best Way to Serve Christmas Pudding?

When you’re ready to serve your pudding, steam it for another 30 minutes to an hour. Figgy pudding is usually set on fire by spreading it with brandy butter or pouring a few tablespoons of brandy over it, then igniting it. After the flames have gone out on their own, slice and serve the pudding.

Serve it with a strong brandy or rum sauce, ice cream, custard, whipped cream, and a dusting of powdered sugar.

How to Keep Figgy Pudding Fresh

Before serving figgy pudding on Christmas Day, wrap it securely in plastic wrap and store it in a cold, dark area. It should persist at least a few weeks.

You may keep leftovers covered in the fridge for a week or so after they’ve been ignited on fire and served. Figgy pudding may be frozen for up to a year.

Combine the raisins, golden raisins, currants, almonds, and candied lemon and orange peels in a large mixing basin. Stir in the brandy, then cover and let aside overnight.

Combine the dry ingredients and the fruit mixture in a mixing bowl. Mix thoroughly.

Butter a pudding mold and set aside. Fill the mold halfway with batter, then smooth the top with a spatula.

To fit the bottom of the pudding mold, cut a circle of parchment paper to fit. Butter the pan and set it over the batter. Take two big pieces of parchment paper and cut them in half. Wrap the mold in paper so that it is completely covered and the paper extends down the side of the mold. Butcher’s string is used to tie the knot.

Bring a saucepan of water to a boil, then reduce to a low heat. In the pot, place a trivet. Place the trivet on top of the pudding mold. The water level in the mold should be about halfway up the mold. Cook for 8 hours on low heat with the cover on the pot. As required, top up with extra water.

Take the pudding out of the saucepan. Allow for 5 minutes before inverting onto a platter. Allow for thorough cooling of the pudding.

If you don’t have a trivet, you may use a folded cloth instead. So that the pudding mold doesn’t burn while steaming, you’ll need something to lay it on.

Is figgy pudding the same as Christmas pudding?

A: Christmas pudding is a traditional British dessert that has raisins, brandy, orange peel and spices. Its usually served at the time of Christmas with mince pies or gingerbread men.

Whats figgy pudding made of?

A: Figgy pudding is a traditional southern American dessert made with cornmeal and molasses.

Why do they call it figgy pudding?

A: Fig Pudding is an old English dessert made of figs, sugar and flour. It was originally created to use up the excess fruit in a season where its too wet for any other type of pudding. 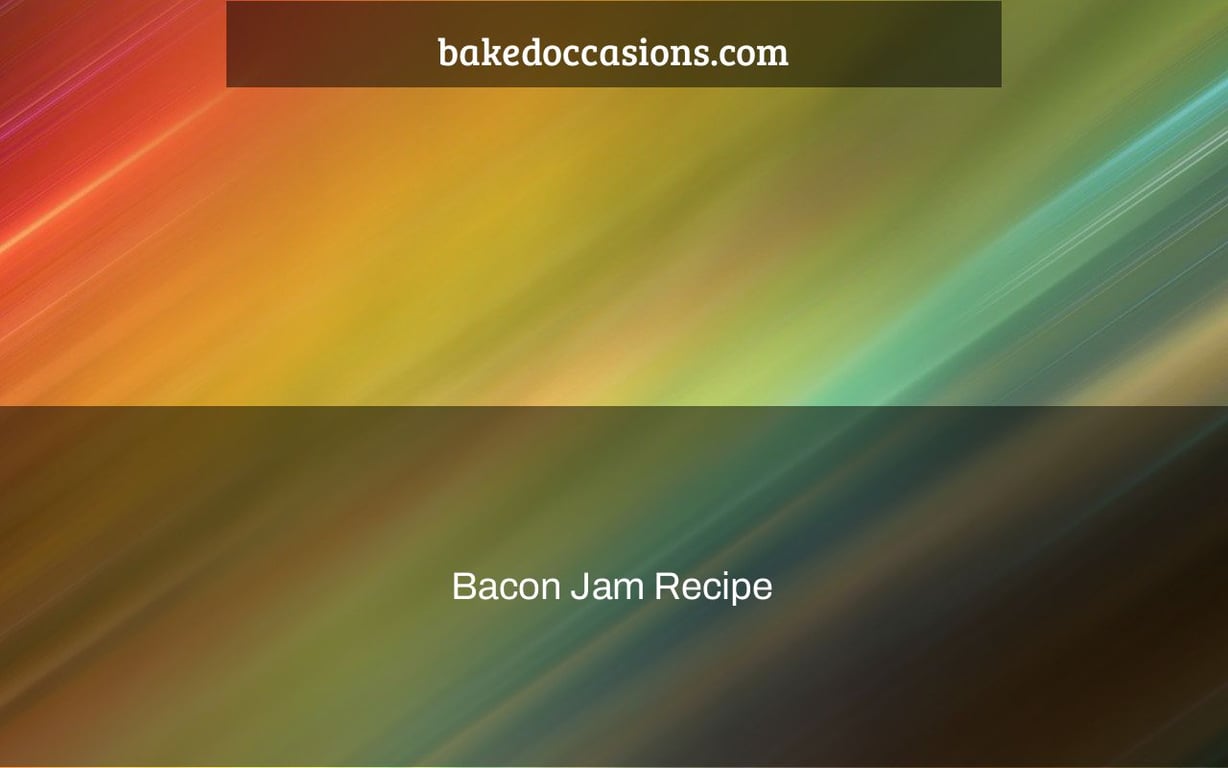 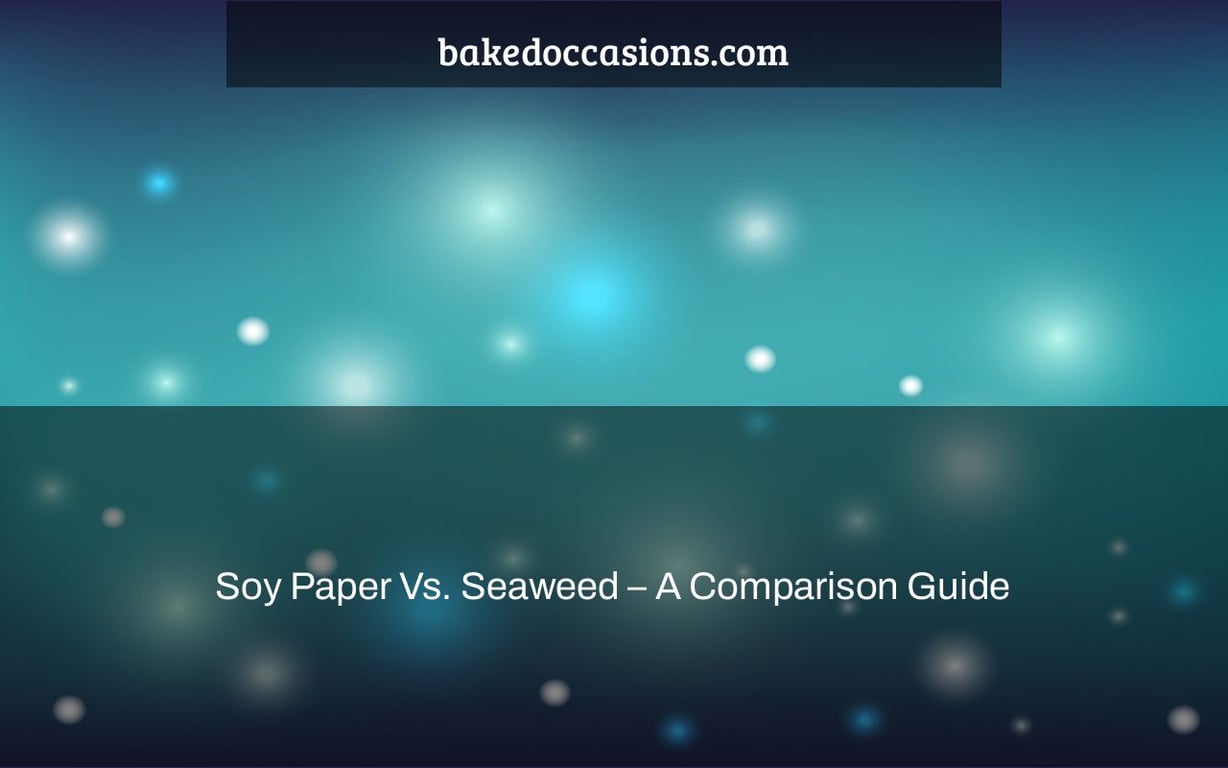